4 Ways to Deal With Negative People 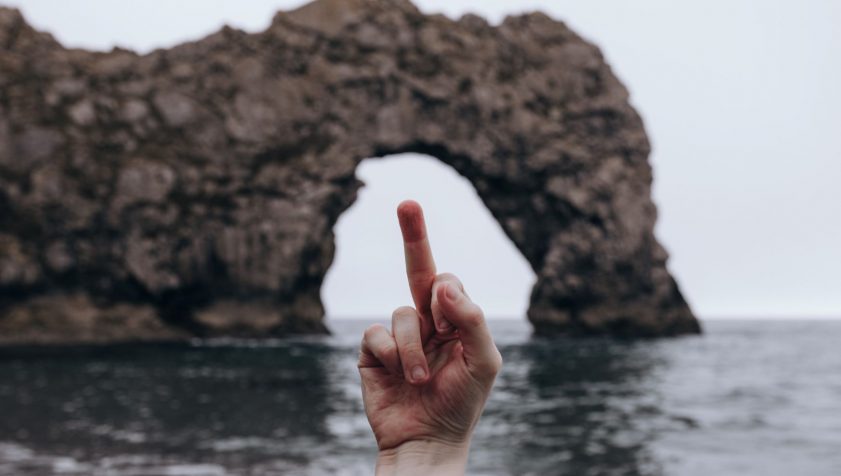 Consider your ancestors strolling through the jungle thousands of years ago. If there was rustling in the bushes, it was likely one of two things: something they could eat, or something to eat them. The anxious bunch — the one’s who feared imminent death — ran and survived. The positive optimists — the one’s who thought it was food — did not.

We are the children of “the anxious bunch.”

As a result, “our brains have a negativity bias, which makes it like Velcro for the bad and Teflon for the good.” — Dr. Rick Hanson

It is therefore critical to reduce negativity and take in as many positives as you can. This is especially important when it comes to people, particularly energy draining vampires, the ones who like to complain, blame, accuse and criticize. Being in the presence of such people is not fun, and literally sucks the life right out of you.

Here are 4 ways to deal with negative people:

1. Visualize negativity as a beam of white light

When triggered by negativity — someone creating drama out of nothing for example — visualize this energy as a beam of white light coming towards you. Instead of it crashing against you however, picture the light flowing through you, without making an impact. You can also visualize the light glowing brighter as it floods your body. Then watch it dissipate as it goes out the other side.

This is a powerful technique, robbing people of their ability to unsettle you with their negative energy.

If you keep getting triggered by negative people, stop putting yourself in the firing line. If a negative conversation starts, remove yourself from the situation. If you have negative friends, replace them with positive ones. If you work with negative people, ask to be moved to another area, or or simply don’t engage. Negative people thrive on negativity, so stop pulling the trigger. When you stop rewarding it, they’ll seek it elsewhere.

“Negativity is cannibalistic. The more you feed it, the bigger and stronger it grows.” — Bobby Darnell

You can’t always avoid negativity, especially when it comes to family and close friends. When this is the case, you need to accept it completely, at least until you can make changes. This is important, because you’ll only suffer if you resist what you cannot change.

Don’t get acceptance confused with giving up however. Acceptance isn’t passive. It’s often the first step towards corrective action. But in the moment, you accept the facts, no matter what.

“If you argue against reality you will suffer” — Byron Katie

4. Use negative people for growth

“Difficult people are fuel. You don’t just want fuel — you need it for growth.” — Anthony Moore

If you focus on growth and progress, you can turn any negative into a positive.

I’m not saying you should stick your finger up at anyone — even negative people — the pic was just for fun. But I am saying you need to be aware of people with negative attitudes. They will suck the life right out of you.

Avoiding negative people is best. But if this is not possible, you need to accept it completely, or visualize their negative energy as a bright light flowing through you. You can also use negative people as fuel for growth, especially when you focus on progress.