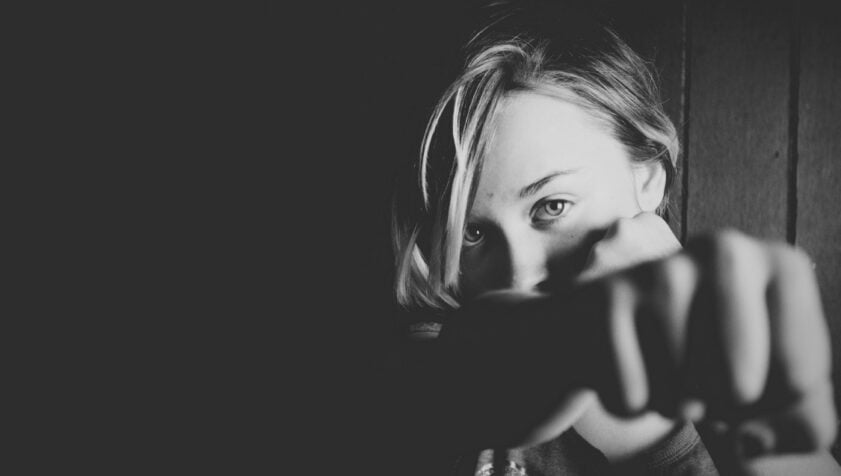 If you want to follow your dreams, you have to step into the arena

Theodore Roosevelt’s legacy is built on hard work, tenacity, and a willingness to put himself in the middle of the battle. In one of his most memorable speeches, Roosevelt captured his philosophy on life in just a few sentences.

The Man in the Arena demonstrates how we should praise the person who’s fighting the big battles, taking the big risks, and putting themselves in harm’s way for a worthy cause, even if those actions don’t pay off.

“It is not the critic who counts; not the man who points out how the strong man stumbles, or where the doer of deeds could have done them better. The credit belongs to the man who is actually in the arena, whose face is marred by dust and sweat and blood; who strives valiantly; who errs, who comes short again and again, because there is no effort without error and shortcoming; but who does actually strive to do the deeds; who knows great enthusiasms, the great devotions; who spends himself in a worthy cause; who at the best knows in the end the triumph of high achievement, and who at the worst, if he fails, at least fails while daring greatly, so that his place shall never be with those cold and timid souls who neither know victory nor defeat.”

If you want to achieve big dreams, follow your passion in life, and make a difference in the world, you have to get up off our ass and step into the arena.
Here are 6 bold habits of the people in the arena who do just that:

1.  They Laugh at Rejection

Life is an arena, and most people are spectators. The rare few, the gladiators, are those who step into the arena.
In today’s world, the gladiators are those who put themselves on the line, go after what they want, and put their ideas out into the world. In the words of Roosevelt, they are willing to get ‘marred by dust and sweat and blood.’

In doing so, the modern-day gladiator risks rejection at every turn. If they apply for a new job, they might get turned down. If they start writing for a living, readers might reject their work. If they start a new business, customers might not buy their product.

Despite exposing themselves to this kind of risk, and to the scrutiny of the spectators in the arena, highly ambitious people continue to laugh at rejection.
Why? Because they realise this: if you don’t risk rejection, you’re not even giving yourself a fighting chance.

‘It’s not about the cards you’re dealt, but how you play the hand.’ — Randy Pausch

2.  They Use Challenges As Fuel For Growth

Challenges can be used as fuel. You don’t just want fuel — you need it for growth. Highly ambitious people know this. Instead of merely coping with what life throws at them, they lean into adversity and use it for growth.

If you want to practice this habit, you need to focus on progress when life throws you a curveball. It doesn’t have to be a major setback — opportunities for growth are everywhere.

You can do this with anything. If you fail at something you care about, you can use it as a chance to learn a valuable lesson. You can also use challenging relationships as a chance to practice your perspective-taking skills. It’s very hard not to be empathetic when you’re standing in someone else’s shoes.

Every situation is an opportunity to grow, especially challenging ones. So instead of simply trying to cope, use challenges as fuel for growth.

‘Obstacles do not block the path. They are the path.’ — Zen Proverb

Are you afraid of failure? If so, you’re not the only one. Fear of failure prevents many people from taking action, and as a result, stops them from getting what they want from life.

The question is, can you succeed without failing? No, not unless mediocrity fulfils you. If you want to follow your dreams, you need to embrace failure.

J.K. Rowling, the author of Harry Potter, is a great example of this. She faced many struggles while writing her book. A failed marriage. Depression. She even stopped writing at one stage. When she finally finished the book, eight different publishers passed on the project. Every time, the answer was no.

“By every usual standard, I was the biggest failure I knew,” she once said. But thankfully, she persisted in the face of perceived failure.

The Harry Potter series has since earned over $400 million in book sales, made millions of kids happy, and the last movie alone earned $476 million dollars on its opening weekend.

Like many highly ambitious people, Rowling didn’t fear failure — she embraced it — and simply saw it as a step on the ladder to success.

“It is impossible to have lived without failing at something, unless you live so cautiously that you might as well have not lived at all — in which case you fail by default.” — J. K. Rowling

4.  They Don’t Let Their Heads Rule Their Hearts

Societies rules don’t always apply: “You’re not supposed to do that.” That’s a bit weird.” “You can’t say that.”

If you’re following your heart, and you’re not breaking the law, don’t be afraid to challenge societal norms. Follow your passion when people think you should play it safe. When the crowd go one way, you go the other. If it feels right, go with your gut.

I was addicted to heroin for 15 years. When I found sobriety in 2013, my family wanted me to play it safe. “Do something you’re familiar with,” they said, “don’t take any risks.” It came out of both love and fear, but in reality, they were playing by societal norms.

Luckily for me, my heart was singing loud and clear. Having experienced a perspective shift in detox, I became intensely curious about the human mind. I wanted to go to college to learn about human suffering, why my own suffering disappeared, and to share these experiences with others.

My head was telling me to get a normal job, but my heart was screaming at me to follow your passion. That was six years ago. I’m now a lecturer in Ireland’s top two universities, I’ve just published my memoir, and in less than 12-months time, I’ll have completed my PhD.

‘Don’t give in to your fears. If you do, you won’t be able to talk to your heart.’ ― Paulo Coelho

5.  They Reach Out to Those Further Along the Path

Have you ever wondered what it would be like to have help from the people you most admire? A potential mentor, the owner of your company, an acquaintance who inspires you, a personal development expert, or someone you’ve heard about from afar.

If you want guidance from these people, why not ask.

In 2017, I wanted to get advice from many of the leading performers in my country — in sport, business, and the arts. I specifically wanted to know the tools and habits they used to navigate their lives. With that, I reached out to these people. The response rate was a staggering 81%, and I got interviews with everyone who responded.

Amy Huberman, one of Ireland’s leading actors, hit me with this gem during our interview: “If you don’t ask, the answer is always no.” That was just one of the many amazing insights I learned that day.

People are nicer than you think, but it’s only by daring greatly that you can give them a chance to show you how.

“In the end, we only regret the chances we didn’t take.” — Lewis Carroll

6.  They Face Their Fears Head On

I was terrified of my emotions before I found sobriety. Panic attacks and anxiety drove me towards a life of addiction. I’ve since embraced these fears. I use meditation to sit with difficult emotions, and I use visualization techniques to lean into the trauma I suffered as a child.

When I was a few years clean, I had a different kind of fear. I wanted to share the lessons I learned in schools around the country, but I was petrified of public speaking. I nearly backed out, several times, but then I imagined what was the worst that could happen, and it didn’t seem so bad.

Facing our fears isn’t easy, but they are rarely as big as we make them out to be. My emotional world is now one of my greatest strengths. It has helped me to build incredible new relationships in my life, and public speaking hasn’t just gotten easier, it’s now my greatest passion.

“Never let the fear of striking out keep you from playing the game.” — Babe Ruth

If you want to be a gladiator, you need to step into the arena. This is not an easy path. You’ll face many challenges on the way: fear of failure, risk of rejection, the trickery of your own mind, and the spectators in the arena will be watching your every move.

But fear not. This is where the magic happens: