How To Grab Life By The Horns: 5 Bold Habits That Led To The Life Of My Dreams 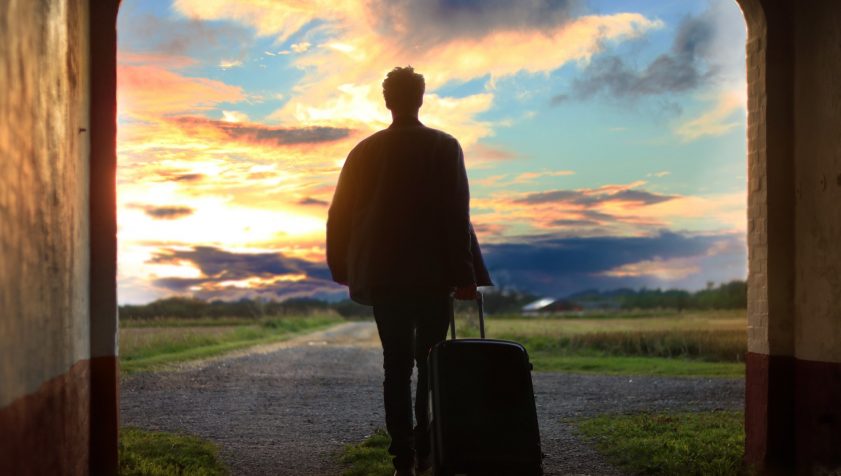 When you follow your heart, life gives you a helping hand

Johann Wolfgang von Goethe is Germany’s Shakespeare. While reading his work, I came across a line that punched me square in the face

“Whatever you can do or dream you can, begin it. Boldness has genius, power, and magic in it.”

On further exploration, it is unclear whether he actually wrote this line. But having lost 15 years of my life to addiction, it felt like I’d nothing to lose by following this advice, so I began dreaming big and acting boldly.

That was in 2013, and since then I’ve become a keynote speaker, a business owner, and a lecturer at the top two universities in Ireland, all while pursuing a PhD in a subject that I love.

Having escaped from the depths of heroin addiction, I then decided to write a book about it. It’s called Bonus Time: A true story of surviving the worst and discovering the magic of every moment, and it’s just been published with a mainstream publishing house.

Once I had my book deal, I kept on dreaming, so I reached out to Ireland’s leading TV Broadcasters and asked them if I could have my own TV show. I’ve since shot a pilot concerning the tactics I used to change my life.

I took many risks during my addiction; but today, the risks are different, and as a result of the 5 bold habits below, I’m now living the life of my dreams.

1.  Lean Towards your Fears

“Never let the fear of striking out keep you from playing the game.”  Babe Ruth

I was terrified of my emotions before I found sobriety. Panic attacks and anxiety is what drove me towards a life of addiction. I’ve since embraced these fears. I use meditation to sit with difficult emotions, and I use visualization techniques to lean into the trauma I suffered as a child.

When I was a few years clean, I had a different kind of fear. I wanted to share the lessons I learned in recovery in schools around the country, but I was petrified of public speaking. I nearly backed out, several times, but then I imagined what was the worst that could happen, and it didn’t seem so bad.

Facing our fears isn’t easy, but they are rarely as big as we make them out to be. My emotional world is now one of my greatest strengths. It has helped me to build incredible new relationships in my life, and public speaking hasn’t just gotten easier, it’s now my greatest passion.

f you want to get over your fears, the best thing to do is lean into them. If you’re afraid of heights, do a bungee jump. If you’re nervous about a difficult conversation you need to have, go and speak to that person. If you’re afraid of failure, fail greatly and learn from the process — it’s the best way to succeed.
Don’t let your emotions define your reality. The biggest gains in life are often on the other side of fear.

2.  Reach Out To Those Further Along The Path

“In the end, we only regret the chances we didn’t take.” Lewis Carroll

When I began sharing my message in schools, my goal was to equip future generations with the tools and tactics they needed to cope with modern life. Some kids listened, others did not.

I knew I was sharing life skills that worked — I was living proof of I that — but how could I get these kids to engage? Then it came to me: “If I was sharing ideas from their heroes, they might listen to me then.”
With that, I reached out to the leading performers in my country — in sport, business, and the arts. The response rate was a staggering 81%, and I got interviews with everyone who responded.

Not only do I use what I learned in my school talks, but it also launched the successful speaking career I have today, and I’m writing another book about the tools I learned on this journey.

Most people don’t expect a personal email from a stranger, especially a former heroin addict telling them about his dreams. But that didn’t stop them from getting back to me — the surprise factor may have even helped.

It might be a person in your company, an acquaintance who inspires you, or someone you know from afar. If you want guidance from these people, why not ask. You don’t know where it will lead until you try.

People are nicer than you think, but it’s only by daring greatly that you can give them a chance to show you how.

“Show up in every moment like you’re meant to be there, because your energy precedes anything you could possibly say.”  Marie Forleo

This habit directs me to bring joy, energy and present moment awareness into my encounters with others. Even if I don’t feel like it, I just ‘life it up’, and the energy it creates is astounding.

I recently extended this habit after reaching out to one of my favourite thought leaders, Adam Robinson. Adam suggests we should lean into every moment expecting magic and miracles — what a way to live.

On the day I heard it, I found myself sitting in a busy coffee shop in Dublin City centre. There were no seats anywhere so I asked a couple if I could sit at the end of their 6-seater table. They kindly said yes.

As I sat down, I realised I was sitting beside Pat Kenny and his wife Kathy. Pat is one of Ireland’s most famous TV broadcasters. I was looking to interview leading figures for my new book at the time, so without overthinking it, I decided to lean in and expect magic.

Pat suddenly got up from the table, so I told Kathy all about my addiction and how I now lean into every moment expecting magic and miracles. She was ever so nice, but she thought I was bonkers, which in hindsight, I can see why. I apologised for interrupting her lunch and got back to my book.

Pat came back several minutes later and then they left. Although Kathy was a little perplexed by my request, she was very friendly upon leaving and said best of luck. To my surprise, she must have told Pat about our conversation. Within a few minutes, he came back to the table with his contact details and we arranged to meet up for an interview.

4.  Listen To Your Heart

‘Don’t give in to your fears. If you do, you won’t be able to talk to your heart.’  Paulo Coelho

Societies rules don’t always apply: “You can’t reach out to him/her.” “You’re not supposed to do that.” Says who? Society? Do we even know who that is?

If you’re following your heart, and you’re not breaking the law, don’t be afraid to challenge societal norms. Follow your passion when people think you should play it safe. When the crowd go one way, you go the other. If it feels right, go with your gut.

When I found sobriety in 2013, my family wanted me to play it safe. “Do something you’re familiar with,” they said. It came out of both love and fear, but in reality, they were playing by societal norms.

Luckily for me, my heart was singing loud and clear. My old life was a disaster, and my new life was looming. I could see it. I could feel it. I wanted to go back to college to learn about human suffering, so that’s what I did. That was six years ago, and in 18-months I’ll have a PhD in Psychology.

To listen to your heart, you’ll need to calm your mind. Meditation works great, but I would also suggest that you block off time to reflect. Without over analysing, sit with your thoughts and see what comes to the surface.

I’m not saying you should ignore rational thoughts. And sometimes societal norms are right. But the next time you’re struggling with a big decision, make sure you’re not saying no to your heart.

“It is impossible to have lived without failing at something, unless you live so cautiously that you might as well have not lived at all — in which case you fail by default.”  J. K. Rowling

Are you afraid of failure? If so, you’re not the only one. Fear of failure prevents many people from taking action, and as a result, stops them from following their dreams.

The question is, can you succeed without failing? No, not unless mediocrity fulfils you. If you want to follow your passions and your dreams in life, you need to embrace failure.

Many of my failures have turned into my greatest triumphs. Fifteen years of addiction set the foundations for the amazing life I have to today. I was given a second chance to live, and now everything feels like a bonus.

When I went back to college in 2014, my greatest fear was writing. I was terrible at English. I even struggled with emails. But this was a blessing in disguise. With a clean slate and no bad habits, I learned from the bottom up, and writing is now one of my greatest passions.

Embracing failure is scary, but it’s the best way to learn. When you fail, you learn. And when you fail big, you learn big.

Your life tomorrow is defined by the choices you make today. And who doesn’t want a life with boldness, genius, magic, and power in it? So if you want to grab life by the horns, it’s time to take some risks.

Anyone can do it — you just need to start dreaming big and acting boldly. 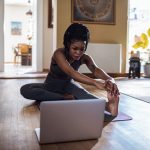 The 3 Words You Shouldn’t Say 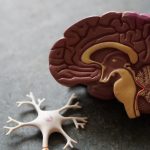 How to Use Brain Science to 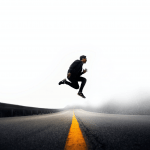 How To Get Over That First 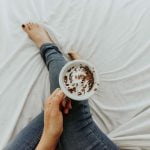 Mindfulness – Without The Fluff