How To Think More Clearly: Mental Models For Dummies 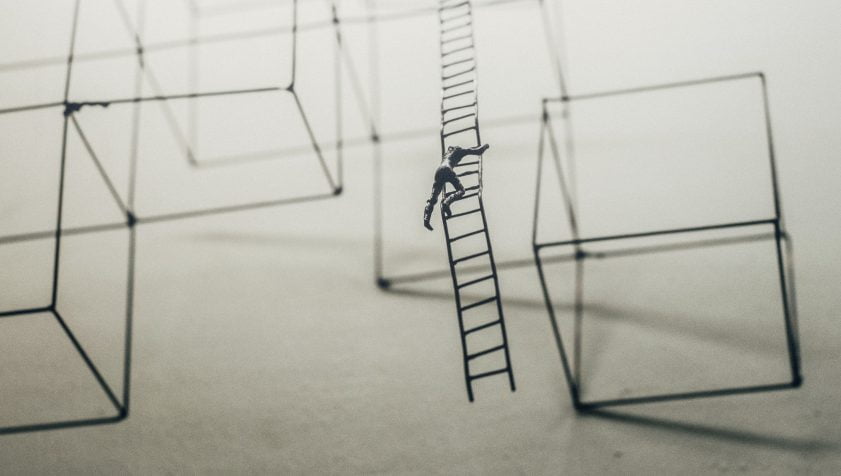 Two young fish are swimming along when they happen to meet an older fish swimming the other way. The older fish nods and says, “Good morning boys. How’s the water?” The two young fish smile, nod, and continue on their way. As they glide through the water in silence, eventually, one of them turns around to the other and says, “What the hell is water?”

The point of this parable — first told by David Foster Wallace — is that the most obvious and important realities are often the most difficult to see.

This is true for many aspects of our lives. Some of our experiences are so automated, so basic, that we’re not always aware of them.

For example, when I ask my clients about the nature of their inner voice, they often tilt their heads, think about the question, and then proceed to tell me that they don’t have an inner voice. Then I ask, “who just told you that?”

We all have an inner voice, of course, but sometimes it’s so pervasive that it’s difficult to see — like two little fish swimming around the ocean looking for water.

Mental models are psychological explanations of how things work. They provide us with a new way to see the world, and as a result, help us to make sense of reality.

Mental models also improve how we think, helping us to simplify complexity and better understand life.

It’s important to note, however, that mental models are not reality. They are simply a map of reality, and only provide a representation of how something works. This makes them imperfect, because, by default, they are reductions of what they represent.

If this is the case, how are mental models useful?

Because the world is far too complex to keep all of the details in our brains, so we use mental models to simplify this complexity into bite-sized chunks that are easier to understand.

The quality of our thinking is proportional to the models at our disposal.Why? Because the more models you have, the more likely you are to use the right ones to help you to see reality.

Cultivating a broad base of mental models is therefore critical if you want to make better decisions and think more effectively.

However, most people don’t have a broad base of mental models. Instead, they take the one or two models they do have and look for problems to stick them into.

This is best explained by the old adage, “To the man with a hammer, everything looks like a nail.”

As many people know, the majority of projects require more than a hammer. That’s why you need a variety of tools at your disposal. Only then will you be able to get the job done right.

The same is true for thinking. The quality of our decisions depends on the mental models in our heads. The problem is, most people are stumbling through life with little more than a hammer.

“When you don’t use mental models, strategic thinking is like using addition when multiplication is available to you.” — Gabriel Weinberg

Having a variety of mental models at our disposal is particularly important when facing complex problems, as it provides us with an ability to see the world through multiple lenses.

Unfortunately, however, society tends to look at reality through a single lens, dividing it into discrete topics to make it more accessible for study.

Shane Parrish captures this nicely in his latest book The Great Mental Models:

“Most of us study something specific and don’t get exposure to the big ideas of other disciplines. We don’t develop the multidisciplinary mindset that we need to accurately see a problem. And because we don’t have the right models to understand the situation, we overuse the models we do have, and use them even when they don’t belong.”

Through their respective disciplines, these individuals only see part of the situation, the part of the world that makes sense to them.

“None of them, however, see the entire situation unless they are thinking in a multidisciplinary way. In short, they have blind spots, big blind spots.”

To better navigate the complexities of life, and to help us to see our blind spots, we need what Charlie Munger — one of the most successful people in the world — calls, a “latticework of mental models” (see image below).

Example of a latticework — interlacing strips of material forming a lattice

A latticework is a great way to conceptualise mental models because it demonstrates the interconnected nature of knowledge. Reality is not comprised of a unique set of disciplines. We only break it down that way to make it easier to digest.

However, once we learn something, we need to place it back into the interconnected system from which it came. Only then can we begin to build an understanding of the whole. This, as Shane notes, “is the value of putting the knowledge contained in mental models into a latticework.”

Mental Models: 4 of the best to get you started

For an in-depth review of mental models, see “The Best Way to Make Intelligent Decisions” by Farnam Street (Shane Parrish) and “Learn How to Think Better and Gain a Mental Edge” by James Clear.

To get you started, however, here are 4 of the best:

Inversion is one of the most powerful mental models. Its origins can be found in the word “invert,” which simply means, turn upside down. As a thinking tool, it helps to identify and eliminate obstacles to success by tackling them from the opposite end of the natural starting point.

The idea is, rather than thinking about what you want, consider what you’d like to avoid. Or as Charlie Munger once said, “All I want to know is where I’m going to die, so I’ll never go there.”

Inversion won’t give you the answer to every problem, but it will always improve how you think about it.

First principles thinking is one of the best ways to reverse-engineer complex problems. Often called reasoning from first principles, it is the act of boiling things down to their most fundamental truths.

This is done by separating the underlying ideas from any assumptions they might be based on. A first principle, therefore, is a basic assumption that cannot be deduced any further.

In the early days of Space X, Musk was told that “battery packs are really expensive and that’s just the way they will always be.” Instead of settling for this answer, however, he broke the problem down into its fundamental parts.

First, he identified the material constituents of the batteries. Then he priced the materials on the London metal exchange and calculated the construction costs. As it turned out, the cost of building a battery from the bottom-up was only 13.3% of the original price.

By reasoning from first principles, Musk was able to cut through the fog of pre-existing beliefs to see opportunities others had missed.

Every action has a consequence, and each of these consequences has further consequences. These are called second-order effects.

This is a powerful thinking tool because things are not always as they appear. When we solve one problem, it’s often the case that we inadvertently create another one that’s even worse.

Second-order thinking, however, allows us to examine the long-term consequences of our decisions before we potentially make a bad call.

This process is best explained in terms of deficiencies. Here’s a great example from Shane Parrish’s latest book:

“We have been feeding antibiotics to livestock for decades to make the meat safer and cheaper. Only in recent years have we begun to realise that in doing so we have helped to create bacteria that we cannot defend against.”

In other words, instead of making meat safer, we have nurtured an army of dangerous, drug-resistant bacteria that have become part of our food chain.

Could these second-order effects have been avoided?

Yes. Anyone with a basic understanding of biology knows that organisms evolve and adapt, and those with shorter life cycles can do it more quickly. If second-order thinking was implemented, this situation could have been avoided.

Named after Italian polymath Vilfredo Pareto, who noticed that 80% of Italy’s land was owned by about 20% of its population, the Pareto Principle (also known as the 80/20 rule) states that, for many events, roughly 80% of the effects come from 20% of the causes.

The point is to recognize that most things in life are not evenly distributed.

As such, to get better results, you should focus on the 20% that provides the greatest gains. In other words, focus on what works and do it better.

It should also be noted that mental models are not evenly distributed. There are thousands of mental models — some more useful than others — so you can implement the Pareto principle and use the 20% that work best for you.

If you want to improve how you think, see the world more clearly, and ultimately, be more successful in life, look no further than mental models.

But let’s not kid ourselves. Mental models are not easily accessible. That’s why I wrote this article — in the hope of making them easier to understand.

I promise you this, however, once you start implementing mental models on a daily basis, the process will become more automated, internalized even. When that happens, it’s a complete game changer, and you can use mental models for everything.

Consider how you could implement the 4 models from this article on what you’ve just read:

My primary goal is to make mental models easier to understand, but also to make them more useful throughout our daily lives.

Why? Because they work. They work big time. And they will make a huge difference in your life if you use them on a daily basis.

My only ask is that you give it a shot.

Liked this article? Check out brianpennie.com for similar stories, and get the FREE program I developed to make remarkable changes in my recovery from 15 years of chronic heroin addiction.