Is Thinking An Evolutionary Mistake? 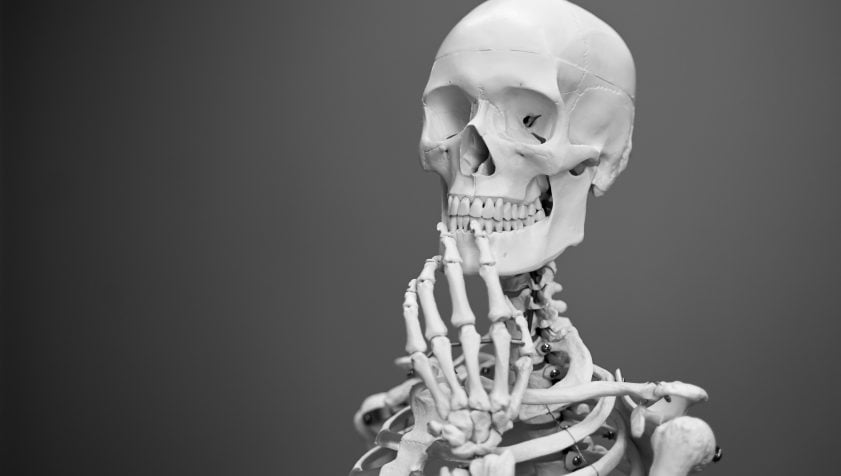 Anthony de Mello was a Jesuit priest, psychotherapist, best-selling author, and spiritual teacher. His early life was dominated by rigid Christian beliefs, but over time, he began exploring Eastern traditions, and how they were related to his earlier views. This exploratory vision culminated in an unconventional approach, which according to the Vatican, was incompatible with the Catholic faith. As a result, they banned many of his writings.

De Mello believed that the greatest human gift is awareness, to be in touch with one’s body, feelings, thoughts, and sensations. However, he found that most people are unaware; or in his words: they are asleep. They live asleep, marry asleep, breed children in their sleep, and die in their sleep. Much of his work, therefore, focused on waking people up, to help them break free from their conditioning, and to reprogram their minds.

In the foreword of his powerful book ‘Awareness’, de Mello explains the nature of his teachings with this hard-hitting parable:

One morning a farmer walked out to his yard and found an eagle’s egg. Unsure what to do, he put it into his chicken coup. The little eaglet hatched and grew up thinking he was a chicken. He clucked like a chicken, scratched the earth like a chicken, and thrashed his wings like a chicken. Years passed by, and the little eagle continued to believe he was chicken. One day he saw a magnificent bird soaring through the sky. It glided gracefully, with scarcely a beat of its powerful wings. The eagle looked up to the sky in awe. “Who’s that” he asked. “That’s the eagle, king of the birds”, said his chicken siblings. “He belongs to the sky. We belong to the earth — we’re chickens — and that’s all we’ll ever be”. So the eagle lived the rest of his life and died like a chicken, for that’s what he thought he was.

What was Anthony de Mello trying to say?

He was telling us that most people are eagles living like chickens, consumed by their minds, unaware of their true potential, and living their lives without ever truly waking up; and for many people, he is right.

As infants, we are highly aware, always in contact with the present moment, always in touch with our sensory experiences. An ability to think is neither required nor developed, but as we progress into childhood, we become thinking machines.

Our capacity to think is a formidable tool, setting us apart as the dominant species. It allows us to project into the future and learn from past experiences. We have built cities, developed complex technologies, and travelled to the moon, all thanks to our ability to think.

Without a doubt, the thinking mind was a phenomenal evolutionary leap, but it also has a dark side. It can take us away from the present moment, and if we’re not careful, it can consume us.

Do you ever feel trapped by your mind, locked into compulsive patterns of thinking from which it is difficult to escape? Have you ever found yourself talking to someone only to realize you have no idea what they said? This is very common. Most people are usually thinking about what to say next, rather than actually listening. And how often have you been to work, argued with your boss, before you’ve even gotten out of the shower? Maybe your mind is wandering right now, distracted by the fact that you’re not as good a listener as you think.

The mind is a beautiful instrument when we’re in control of our thoughts. Planning, problem-solving, and reasoning are excellent examples of this. However, we are not always in control, and it’s often the case that our thoughts control us, especially when our thinking becomes emotionally loaded.

Eckhart Tolle makes an excellent distinction between rational and emotional thinking, which he describes in terms of clock and psychological time.

Clock time is used for practical purposes and is absolutely necessary. This includes planning, making appointments, and goal-setting. Attention stays in the present moment and there is no emotional attachment to the goal.

Psychological time is very different. This occurs when you drop out of the present moment. Instead of simply setting a goal, emotional attachments arise, and you start worrying about the consequences of potential failure.

From an evolutionary perspective, we are naturally drawn towards emotional thinking. This is a basic survival mechanism that proved highly adaptive throughout the history of our species.

Consider our ancestors strolling through the jungle thousands of years ago. If they heard rustling in the bushes, it was likely one of two things: something they could eat, or something to eat them. The anxious bunch — the ones who feared death — ran and survived. The positive optimists — the ones who thought it was food — did not. We are the children of “the anxious bunch.”

However, we are not fighting sabre-tooth tigers anymore. We are fighting with our own minds, worrying about deadlines, and stressing over money. We are fighting about what we should have done, and what we’re afraid to do. This is the essence of modern day suffering, and what Anthony de Mello describes as the heart of unawareness.

Thinking was an incredible evolutionary leap, but is it now more of a burden in our noisy modern world?

In agreement with de Mello, the great psychologist William James once said: “Compared to what we ought to be, we are only half awake… the human individual thus lives far within their limits. They possess powers of various sorts which they habitually fail to use.”

So what are these powers?

How can we wake up?

How can we slow down our busy minds?

We need to cultivate present moment awareness, to get in touch with our thoughts, feelings, and bodily sensations. One way to do this is through self-observation, which simply means, contacting the present moment by objectively observing how you think and feel.

The point is, you can take an observer’s perspective of your thoughts, feelings and bodily sensations. Simply observe, without engaging. Like clouds drifting through the sky, or leaves floating down a stream, watch them come and go, but don’t engage. Be the blue sky who watches the clouds drift by. Be the person on the river bank watching the leaves float by. Be the observer.

When you practice this regularly, you will create a sense of detachment, and when difficult thoughts arise, they will no longer consume you. Greater awareness will come into your life, and you will break free from your conditioning. You will wake up.

Our ability to think was a remarkable evolutionary leap, but the fact is, many people today are consumed by their minds. They are eagles living like chickens, rarely in contact with the present moment, and completely unaware of their true potential.

Does this mean that thinking was an evolutionary mistake?

No. We can break free from our conditioning. We can reprogram our minds. By bringing greater awareness into our lives, we can fly out of the chicken coup, and soar into the skies. Be the observer. It’s time to wake up.