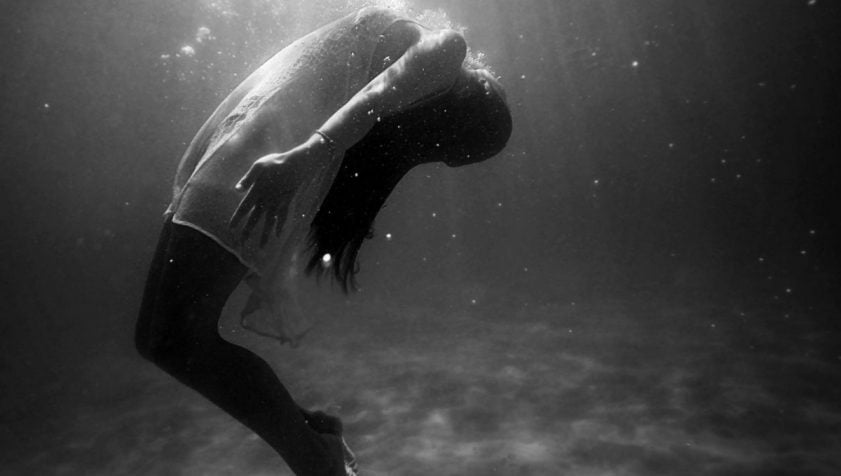 “… and then feel fully alive.”

Fifteen years of addiction had taken a climactic hold. I lost my job, my mind, every important relationship in my life, and my body was rapidly deteriorating.

I finally decided that I needed help, but I was too much of an insurance risk for detox. Apparently I had too many drugs in my system??? They told me to come back in a month when everything bar opiates had left my body. But I couldn’t wait, I needed to take action, and decided to do cold-turkey at home.

The following few months were the most painful of my life, but also, I believe, the very thing that saved me.

I was two days into my home detox, and when I came around, I was lying on the sitting room floor with my face in a puddle of blood. It wasn’t my first or last cold-turkey seizure, but it was certainly my worst. The force of the convulsions had driven my teeth through my tongue; that’s where the blood was coming from, and every muscle in my body felt battered and bruised.

My younger brother thought I was dead and rang my dad in a panic. But moments later, in a complete daze, I crawled back up on the couch, and tried to watch my favorite TV show, ‘Breaking Bad’. I know, it doesn’t make sense, but it seemed like the most logical thing to do at the time. My brain was still scrambled, and when the ambulance arrived, I couldn’t even tell them my name.

I have no memory of what happened next, but vividly remember waking up on a hospital trolley several hours later. My body ached all over, especially my gums and tongue. The room was somewhat dim, yet the dirty yellowish lights still hurt my eyes, and the mature orange walls seemed to taunt me. The stink of vomit, combined with the sickly sweet, disinfectant-like smell of the hospital, made me feel nauseous, and the dry taste of blood didn’t help. But what disturbed me most was the muffled sound of suffering throughout the night. There was a child sobbing in the corridor, and an intoxicated man, who had soiled himself, talking nonsense as he sat on the ground.

My senseless behavior over the previous few years had pushed everyone away, but my family somehow rallied around me in my time of need. When my sister arrived at the hospital she was stunned by what she found. It was not pretty, but what she remembers most was my skin. She described it as waxy grey with a texture like soft dry putty. My primary organs were screaming for blood, and when she touched my arm, she was frightened my skin would break away. I have no idea what I looked like, but I still remember how I felt; I was broken; physically, emotionally, but most of all, mentally.

“The world breaks everyone and afterward many are strong at the broken places. But those that will not break it kills.” — Ernest Hemingway

One memory from that night remains intense. I could barely move my head when my focus landed on a fire extinguisher. I knew the color red, and I knew it was a fire extinguisher, but I could not link the two together. It wasn’t a ‘red fire extinguisher’; it was just ‘red’ and ‘fire extinguisher’. They were like floating links of a chain, completely detached. I remember thinking: “WOW, you’re f*cked, that must be brain damage”. But I didn’t care, or it didn’t matter, I’m not sure. I had fought so long to keep my mind intact. But there was no more fight, no more struggle. I was utterly defeated, and for the first time in my life, I surrendered.

Although I spent the next 4 months in treatment, this night, maybe even the fire extinguisher incident, was my defining moment. I wasn’t brain damaged, that’s for sure, but something had changed, something big.

You might call it surrender, acceptance, or simply letting go, but for me…

I had released my vice-like grip of how I wanted, or needed, the world to be.

The story that I told myself: what I wanted, who I needed, what would make me happy, and what I should avoid; it all changed.

I stopped worrying about what I was supposed to do, and started doing what felt right. I trusted my instincts, and everything fell into place.

I began to meditate. I developed a set of values. I stopped comparing myself to others. I neutralized negative influences from my life. Instead of avoiding my emotions, I embraced them. I became a student of life, and devoured every book I could find. And for the first time in my life, I began to forge deep connections with people.

As Johann Hari so expertly puts it: “Sobriety is not the opposite of addiction, connection is”.

Most importantly however, I learned that action and consistency are the key to true happiness.

As I sit in a coffee shop writing this article, the date is the 8th of October 2018. It is five years to the day since I got clean, and I am genuinely the happiest person I could possibly be. I am full of energy, drowning in positivity, and I can say with supreme confidence that my life is about to get 100 times better.

By releasing my grip on the story that I told myself, the one that I lived by (if you can call that ‘living’), everything changed. You can do this too. The knowledge and tools are out there.